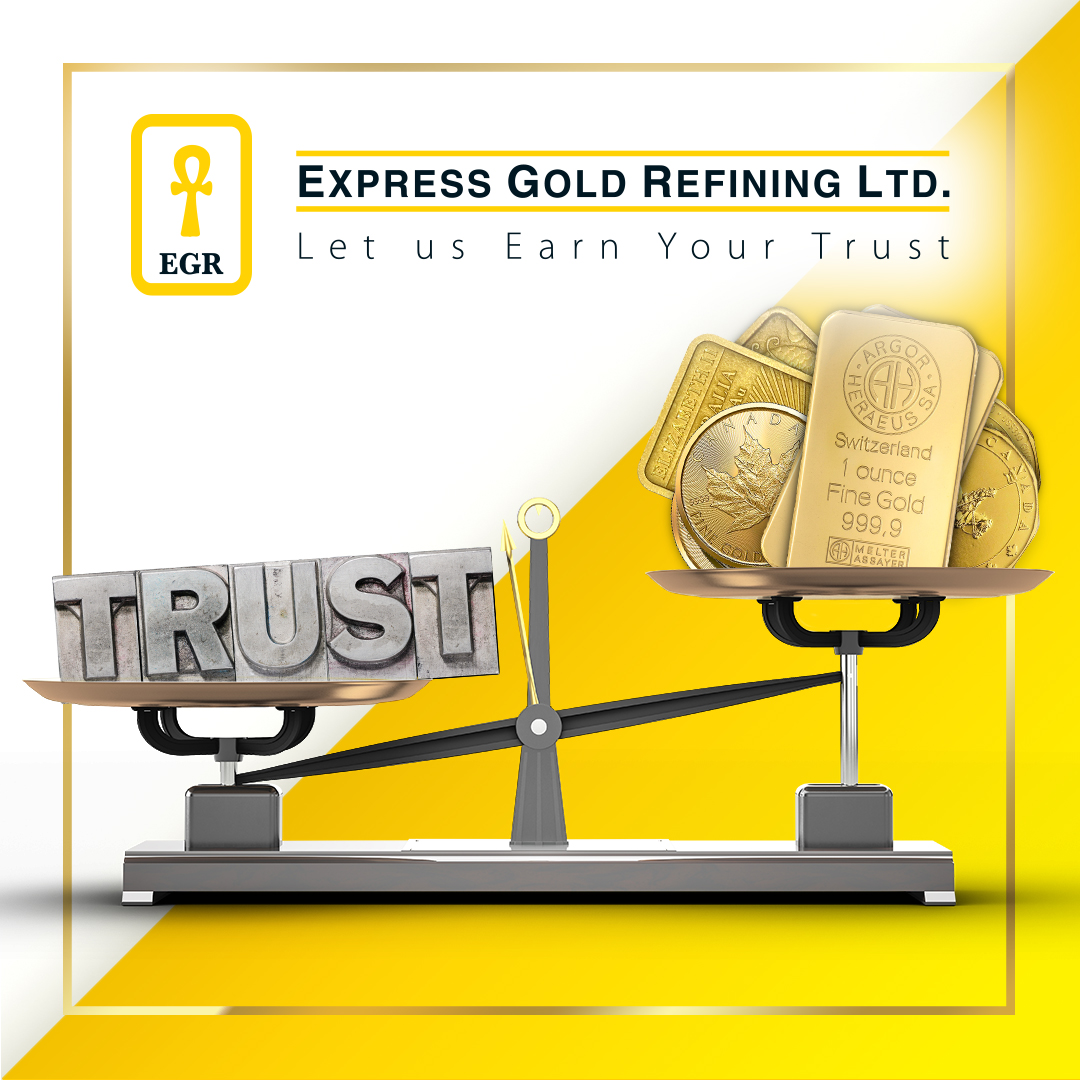 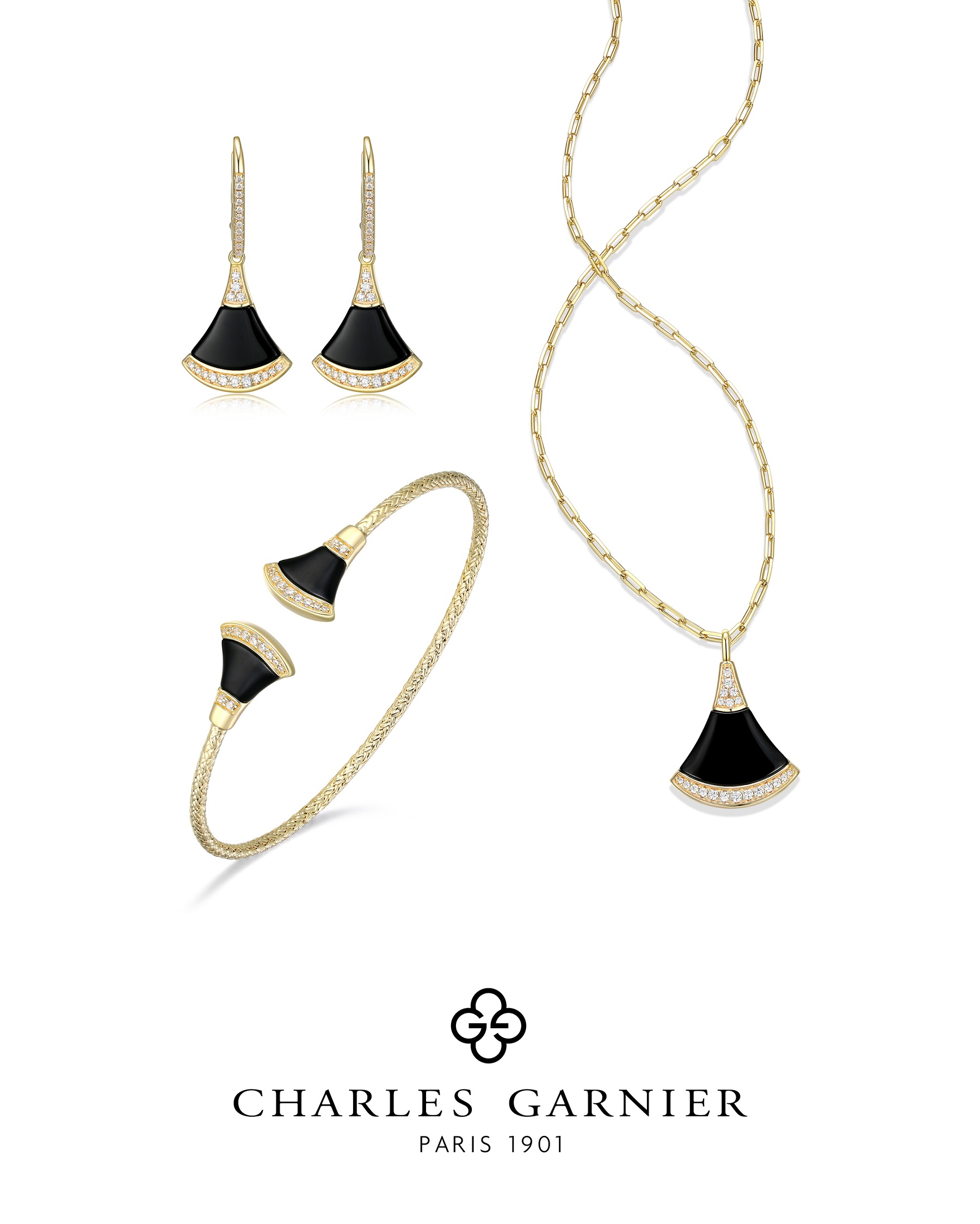 Of all the exciting moments I experienced at this year’s JCK Las Vegas show, one stands out as truly extraordinary. It unfolded, as many things seem to, during a quiet dinner between two friends, who also happen to be members of the Canadian jewellery industry. Having spent nearly half a century in this profession, I could fill many books with stories, both amusing and inspiring. This one is about a man and how he uses jewellery to energize, engage, and support his community.

I first met Mohamed Tarrabin in 2018. He often goes by ‘Young Moe’ to distinguish himself from the five Mohameds who are part of his close family. In 2011, he moved to Fort McMurray in Alberta’s far north, where he had earned a living as a cook for the town of Fort Chipewyan (population: roughly 900). ‘Fort Mac’ was going to be his home for a while, and Moe earned extra money by working in two jewellery stores. One was nestled inside the massive Real Canadian Superstore, and the second was in the Peter Pond Mall at what would go on to become his current location of Prestige Jewellers.

The shifting ownership of the thriving Prestige belied the extraordinary lives lead by the young men sharing in this business. The company’s founder, Mohamad Aboushhadi, was relocating to his home of Lebanon, while the general manager, Sammy Karaja, was headed to Edmonton to open a second location in West Edmonton Mall. This placed Young Moe in the position of being approached to oversee an already successful jewellery store within a community that, unbeknownst to him, would soon benefit from his support.

During our first lunch together, Moe took notes of our conversation—something which struck me as unusual for someone so young. He was like a sponge, absorbing all the nutrients and advice he might need to succeed.

As he stepped into his role of Prestige’s manager, he saw the business through the lens of social causes. From his perspective, the lines he chose to carry would not only lead to financial growth, but also help deepen his roots within the community. Tacori, Gabriel & Co., Noam Carver, Zeghani, Blue Royale, Carlex, Malo, Crown Ring, Movado, Tissot, Mido, Beverly Hills Jewellers—all of these brands would help him achieve his dream of social engagement.

Typical of the ‘younger’ generation, Moe relies on social media to connect with friends and clients. The company’s Facebook page features photos of spectacular jewellery, alongside the engagement stories of happy couples, sharing the experience they had purchasing and designing pieces. Of course, it is impossible not to notice the heartbeat of the many philanthropic causes which illuminate how Prestige Jewellers has become ingrained in its community.

Fort McMurray’s well-documented fire in 2016 highlighted the many stories of ordinary folks forced to make instantaneous decisions on how to escape a city in flames. Behind the scenes, Moe offered the use of his massive walk-in safe to competitors should they need it—a small gesture for a gentleman with a heart as big as his, I have learned.

Indeed, in the years Moe has been at the helm of Prestige, his generosity has become something of legend in northern Alberta. From financial contributions to product donations to something in between, Moe has supported hundreds of causes, large and small.

In the first half of 2022 alone, Prestige Jewellers has made dozens of contributions to strengthen, support, and empower the Fort McMurray community. To name a few:

You May Also Like  Profile: Myles Mindham celebrating 25 years

These stories are merely a snippet of the shop’s community involvement and support.

Fast forward to my memorable moment at JCK, on our first night in Vegas, two Canadians escaping the hustle and bustle of the show to share a quiet dinner—me, an old road warrior in this industry, and Moe, a young man with a passion for giving.

While catching up over some delicious grilled sea bass, I asked my dinner companion if he could put to words how he had, within the span of a few short years, evolved from a newcomer in this industry to overseeing a multi-million-dollar jewellery store.

Without so much as a pause, Moe replied, “The connection between people and jewellery is their story.”

He continued, “How can you start showing something if you haven’t listened to what brought someone into your store? The most important part of connecting is listening. It’s only when you know someone’s story that you can work with them to find the perfect piece of jewellery to fit the chapter they are writing in their own book.”

As the night went on, we discussed a range of topics, including ageism, staff empowerment, brand development, inventory-to-sales ratios, and, significantly, margins. Moe has been a proponent of moissanite and laboratory-grown diamonds for well over two years. As a retailer with more than 18 feet of showcases devoted solely to these two categories, his eyes almost sparkle when he talks about margins—after all, a healthy bottom line has been key to his ability to support his community over the years.

Those in this industry will recall the volatility of the lab-created diamond market during the early days. Moe shared with me a story of a customer who, in that era, purchased a large lab-grown diamond solitaire ring. After settling on a design and paying, the client left happy, saying he would pick it up when he was next in Fort McMurray.

You May Also Like  Sustainable sparkle: The environmental impacts of mined versus lab-grown diamonds

In the time that passed between when the order was placed and the customer returned for the completed piece, the cost of the lab-grown diamond had dropped nearly $2000. Upon pick-up, Moe informed the client of the price variance and credited him $2000 to make it right. (Prestige Jewellers now sources its moissanite and lab-grown diamonds from overseas.)

I needed to remind myself that, while Moe is young, he’s also wise beyond his years. In reviewing the long list of charities and community events he supports, I appreciate that, when future clients come into his store, they do so already knowing this is their jeweller. His reputation sets the stage for success, which makes all the difference.

For the curious parties: I learned in Vegas Moe still takes notes during conversations. Keeping up with technology, he now records them on his phone and then transcribes them later. He believes the simple act of writing these important messages helps them to stay inside his mind’s eye longer—this, of course, it is all part of his own story.

Bruce Audley is national sales manager for Beverly Hills Jewellers in Richmond Hill, Ont., and president of Platinum Perspectives Inc., in Sherwood Park, Alta. He can be reached at baudley@24ktson.com.