Flexibilité: Clean gold from the ‘Heart of Darkness’?

In October 2021, Kyle Abram flew to the Democratic Republic of Congo (DRC) as part of the United States Agency for International Development (USAID)-funded Zahabu Safi (Clean Gold) project, a model for the future of ethical gold sourcing from small-scale mines.

Business owners have a lot on their plate: they are constantly pulled in a million directions and are often busy putting out the proverbial fires that come with the territory. Unfortunately, this is one of the reasons most ignore or put aside succession planning. 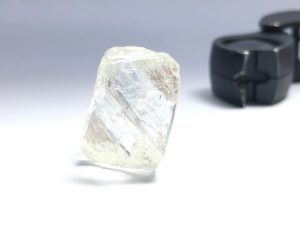 Mountain Province Diamonds has found a 95-carat white diamond in the Northwest Territories’ Gahcho Kué mine. Co-owned by Mountain Province and De Beers Canada, the mine is now in its second year of production.

The diamond—which features an octahedron shape and impressive clarity—is the fourth-largest stone the mine has produced overall since it opened, and the largest of gem quality. In a recent release, Mountain Province’s vice-president of diamond marketing, Reid Mackie, said he believes the discovery bodes well for the future of the operation.

The gem will be available for viewing between June 11 and 22 in Antwerp, ahead of Mountain Province’s rough diamond tender.